Although my family has never had the opportunity to attend a live Olympic Games, we’ve made a point to plan an Olympic vacation whenever possible to show the kids this amazing history in sports. When kids stand in the stadium where Hussein Bolt made history or swimming in a pool where Micheal Phelps got his final gold medal, it really drives it all home. Even if your family can’t attend the Olympic games, seeing where they were held turns it into a reality for your family.

Ready for a journey through history on your next Olympic vacation? Here’s where to go on your next family vacation where you can see a real gold medal, hold an Olympic torch, and see where Olympic athletes make history. 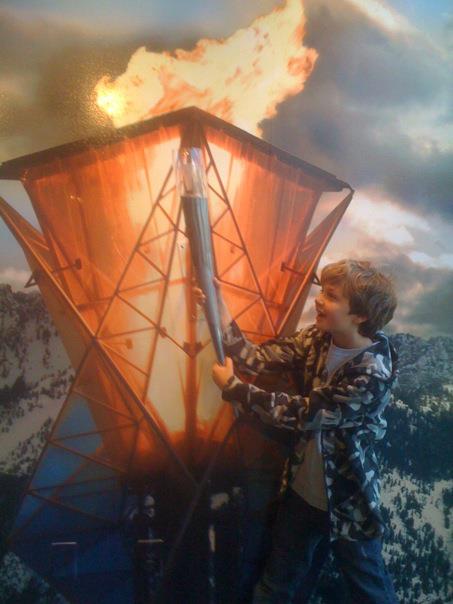 From the moment you walk into Olympic Park in Park City, Utah the Olympic Games springs to life for families. Guests can actually see the real medals and relics from the Games and learn more about its history. But kids will likely flock towards the actual Olympic torch with an opportunity to hold it and pretend they’re right there with the games.

Once you’ve explored the entryway and explored the torch in Park City, guests can climb up to the mountain and actually face down at the ski jump for a memorable Olympic vacation. 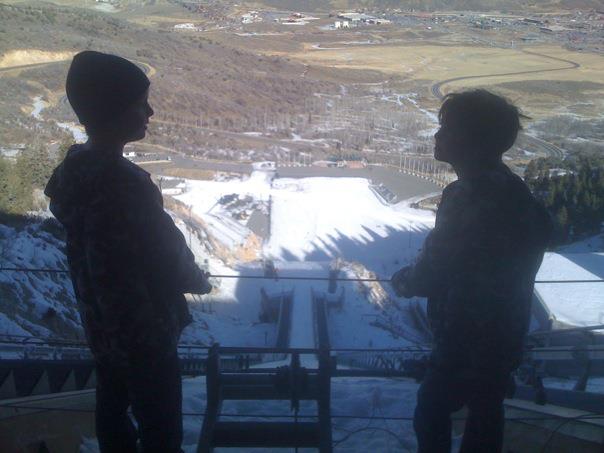 Here are the kids exploring the top of the ski jump at Olympic Park, in Park City, Utah

Park City even has classes for kids brave enough to try out the bobsled, although they start out lower on the hill. Further along on your Olympic vacation journey, you can watch bobsled teams fly down the track in practice. The day our family visited Park City, the Paralympics team was actually training and dazzling the kids with their death-defying races down the track. 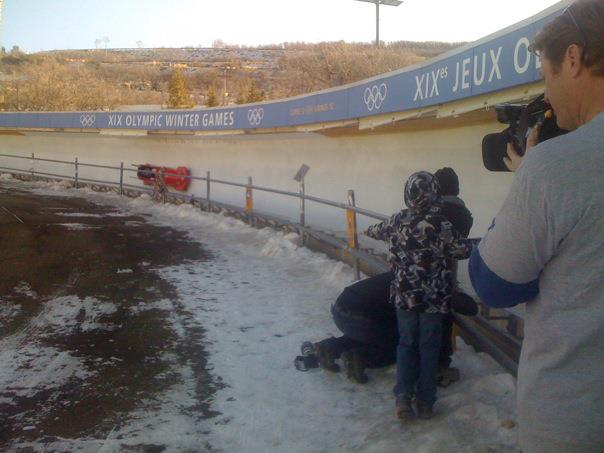 A Bobsled team tears off through Olympic Park in Park City, Utah

After racing down the track, the team even showed the kids how they trained and even let the kids test out sit in their bobsled! 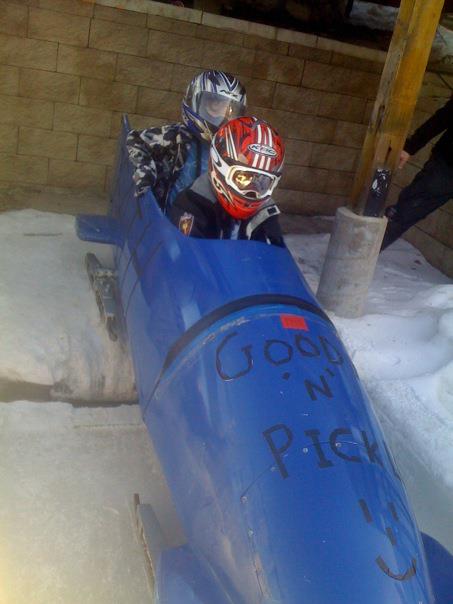 Here’s a shot of a Paralympic Bobsled in Olympic Park, Park City, Utah

The entire experience at Park City was unbelievable and got the kids interested in following the Paralympics!

But not all Olympic vacations have to be a cold weather family vacation. So if cold weather isn’t your thing and you’re hoping for warmer weather, you can always head to a summer Olympic location. Here are two Olympic Game locations we love.

Just outside the Bird’s Nest in Beijing, China, local kids speed around a rink on roller blades while training for the next Olympics. Others are just enjoying a day off school and having fun with their friends. Add in some time to stop and watch the experience after exploring this iconic China Olympics site. Start your journey learning about the Beijing Olympics 2008 at the Beijing National Aquatics Center and head to the Water Cube. Guests can enjoy visiting the pool where swimming legend Michael Phelps set so many earth-shattering, world records. 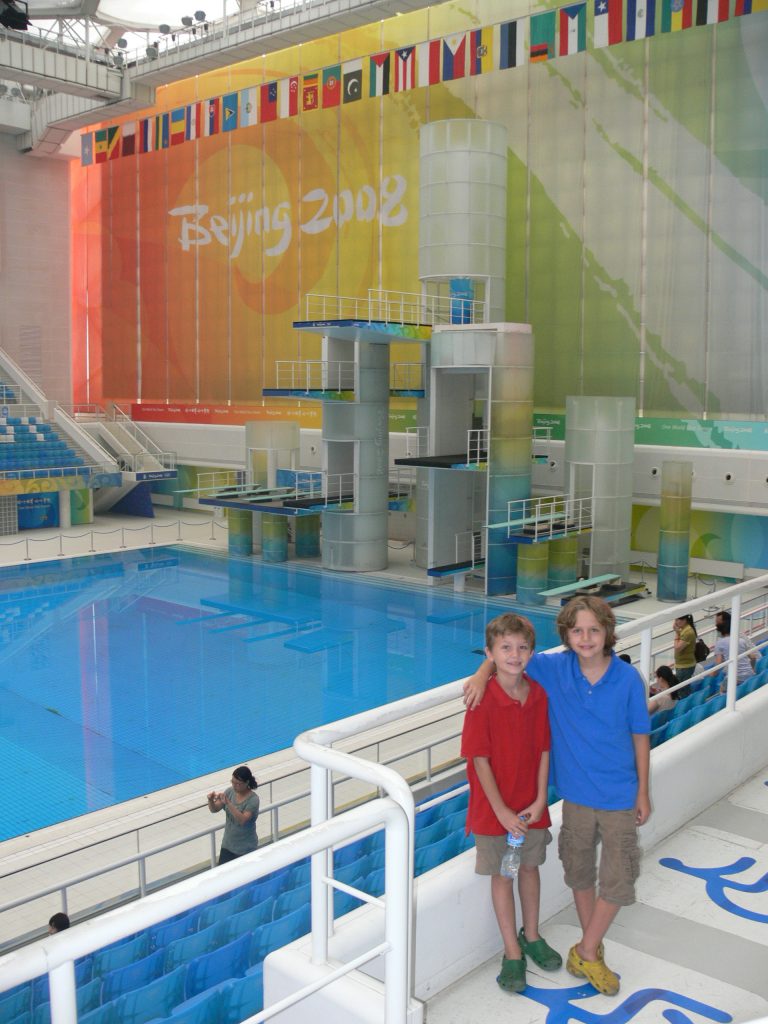 Kids will also delight in the warm-up pool from the Olympics that’s now been converted into a water park where wave pools and slippery slides provide hours of entertainment. The best part is they have plenty of bragging rights from swimming in the same spot Michael Phelps did in the Bejing Olympics. 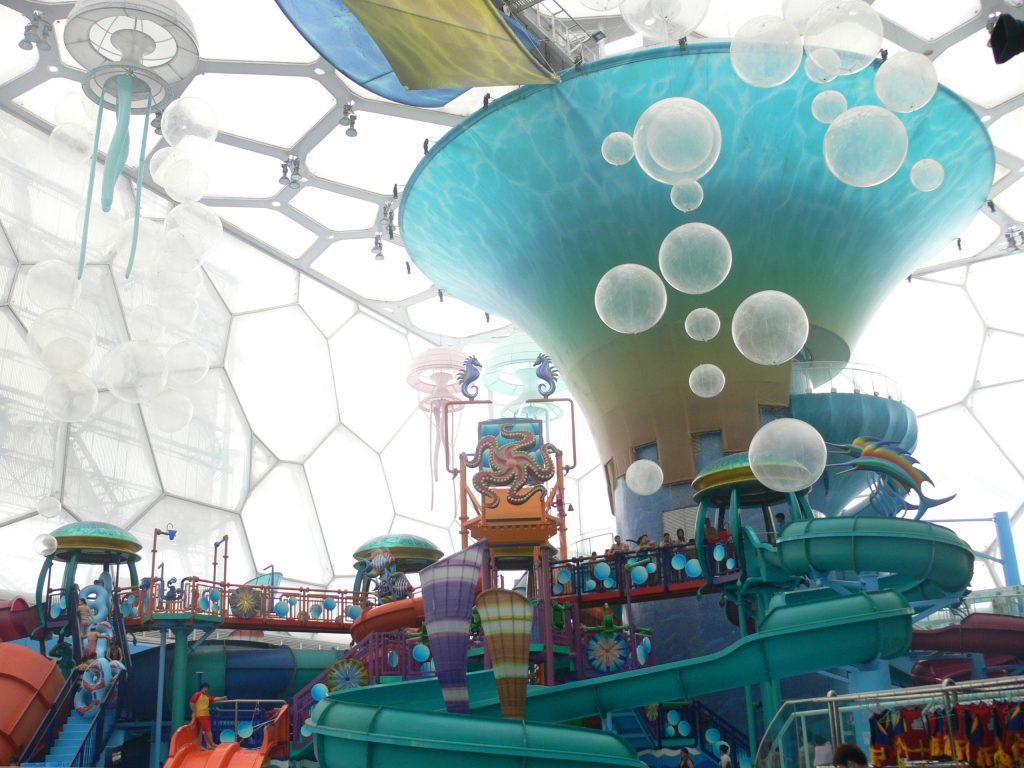 Inside the Water Cube in Beijing, China

There’s perhaps no better spot to behold the Olympics than Greece, the country that started it all. Athens, Greece is a prime spot for Olympic enthusiasts who want to explore the area, as well as older sites from the ancient Olympic Games like the Panathenaic Stadium that was originally built in the 4th century B.C. The stadium was refurbished and used for both the Opening Ceremony and Closing Ceremony of the first modern Olympics in 1896. It was also used during the Athens Olympic Games in 2004 where they hosted archery and welcomed runners at the end of the marathon.

This is your time to get your kids’ competitive spirits in high gear (and wear them out at the same time). Our own kids loved running the track and playing discus throwing with poor Flat Stanley! Pro tip: Flat Stanley is easy to travel with but not very durable on an Olympic vacation. 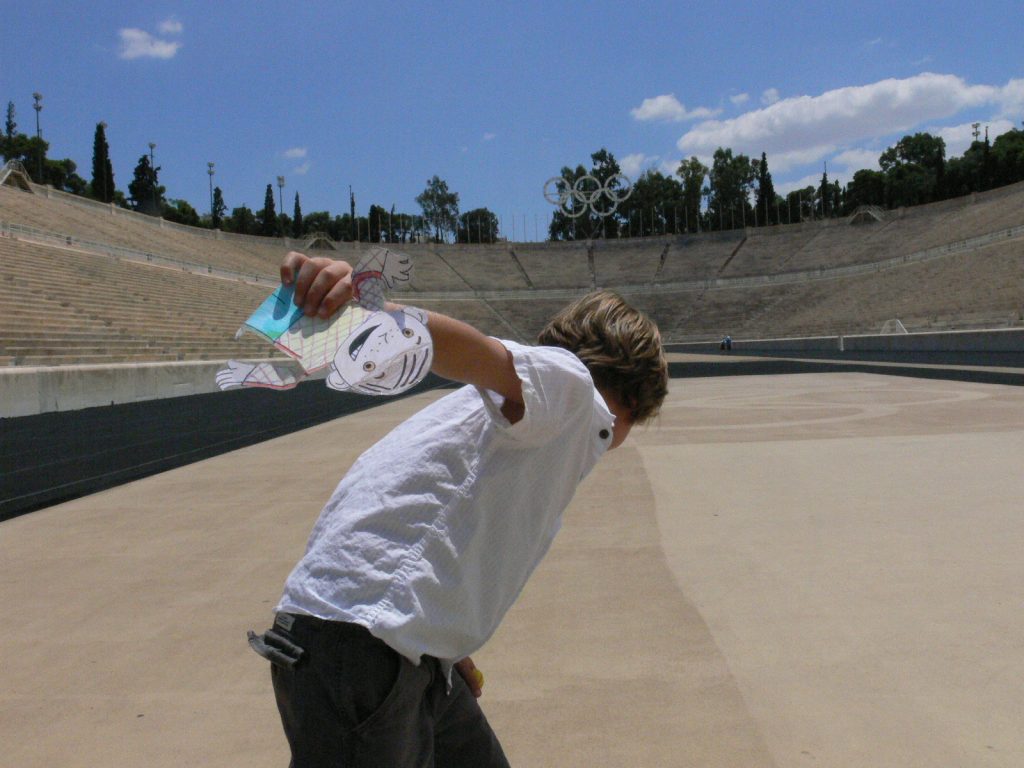 Playing discus with Flat Stanley at the Panathenaic Olympic Stadium in Athens, Greece